Part I is here Here are some of my key learnings on the last 3 talks I was able to attend at Testbash Brighton 2019 before I had to leave early to catch my flight back home.

They faced challenges in scheduling meetups for the testing community: 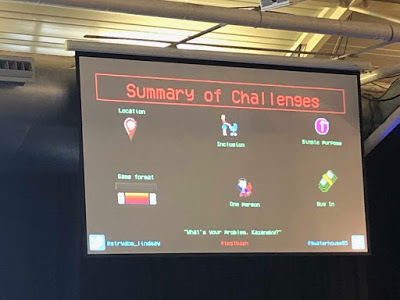 After Testbash 2018, Lindsay felt inspired. A few days away from the office gave her time to reflect about the current lack of a testing community.

They then scheduled an unworkshop to discuss exactly what they didn’t want in a testing community. 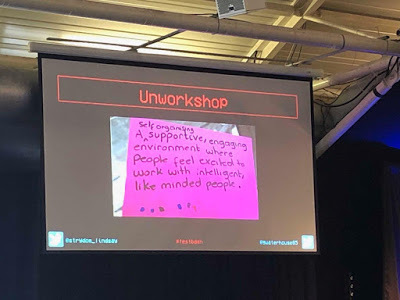 They looked into overcoming challenges:

What\’s next and how to set up for success: 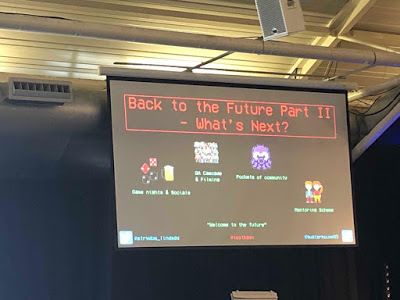 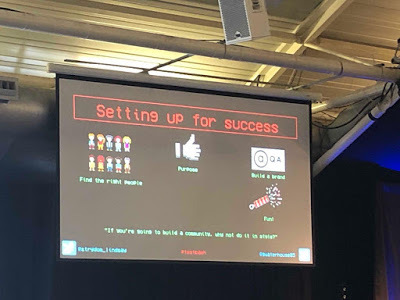 Sites go down because of arrival rate –> it’s because of the sudden arrival of lots of users.

Common approach to load testing, gradually ramp up the numbers of users like it’s a stairs approach. But this doesn’t happen in real life.

Here are some of the slides that stood out to me: 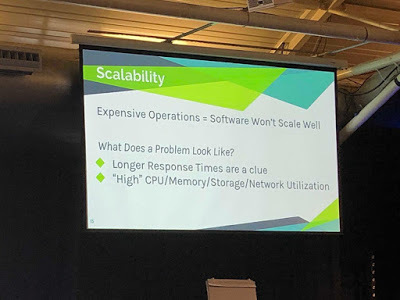 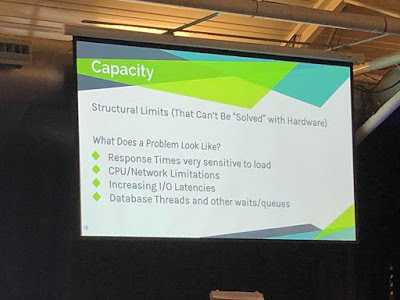 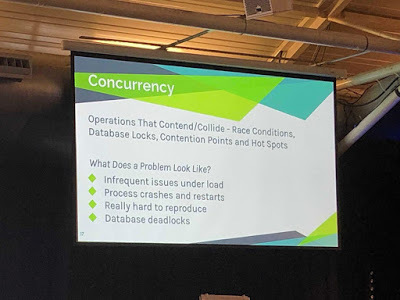 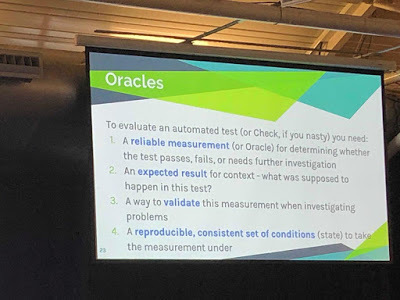 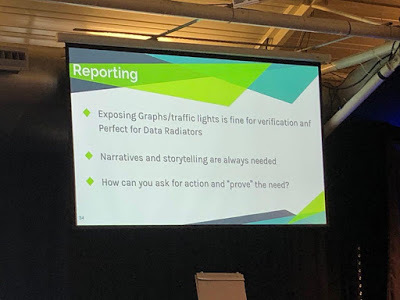 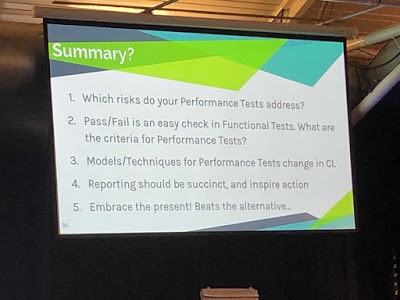 Conor Fitzgerald: Benefits of exploring other industries and disciplines

Does the culture of a company affect the quality of the testing?

Autonomy, Anarchy, Automation (he initially thought it was the 3Es)

Projects unfold over time in ways that are often not predictable. 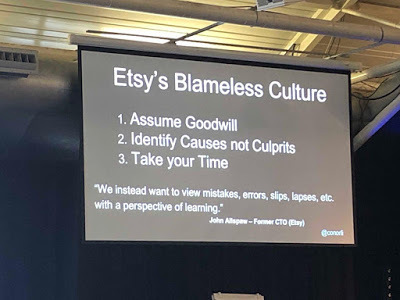 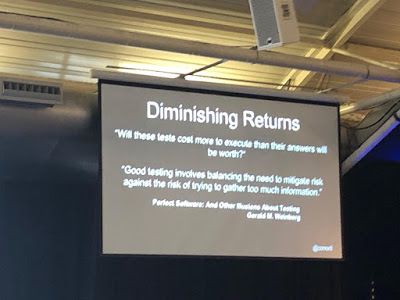