My experience at Agile Testing Days 2018

I had seen blog posts and activity on Twitter in the years leading up to my first ever Agile Testing Days (ATD(- it seemed like people really enjoyed this conference, so it’s safe to say I was glad to get this email from Uwe saying:

“Congratulations, you are part of the Agile Testing Days 10th anniversary as a speaker with: Bringing in change when you don’t have a “leadership” job title! “

For me, this is a BIG conference, a lot of people; a lot of attendees and A LOT of tracks - won’t deny I found this intimidating as there were a lot of interesting talks/workshops at the same time. Looking back at this conference, one thing that really stands out to me is choice: Which will I see? Which am I prepared to miss out on?

If you’re thinking of going to a future Agile Testing Days conference, whether it be the one in Potsdam or the one in the US, I strong recommend you do so! I had a great time! There were lots of interesting talks and workshops! There was also plenty of opportunity for great conversations with the other attendees!

Here are a few of my highlights from the conference along with some photos:

José welcomed us to the conference\’s 10th anniversary and shared some statistics with us on how ATD has grown and how the representation of women (both speakers and attendees) has increased, he even pointed out the correlation between having more female speakers and more female attendees. 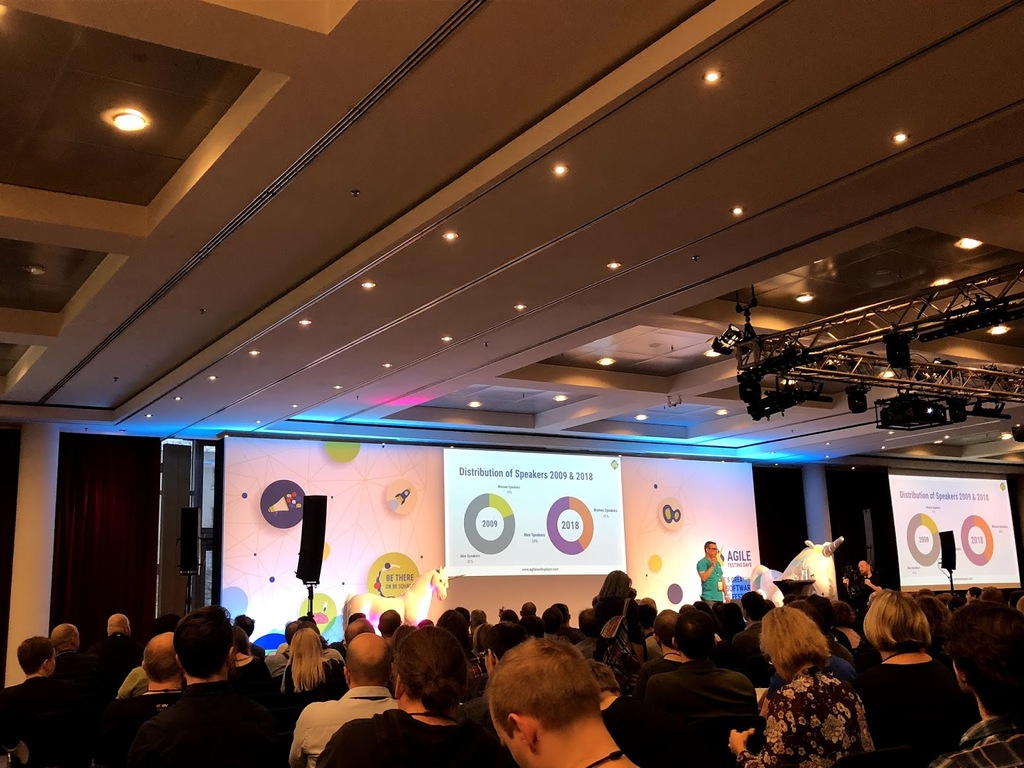 From Fairy tales to serious stuff: Two Generations in Tech by Janet Gregory and Susan Bligh

This was the first talk I’ve ever watched by a mother and daughter. They talked about the challenges they’ve faced and how despite the fact there’s been progress, women still face challenges in the workplace. 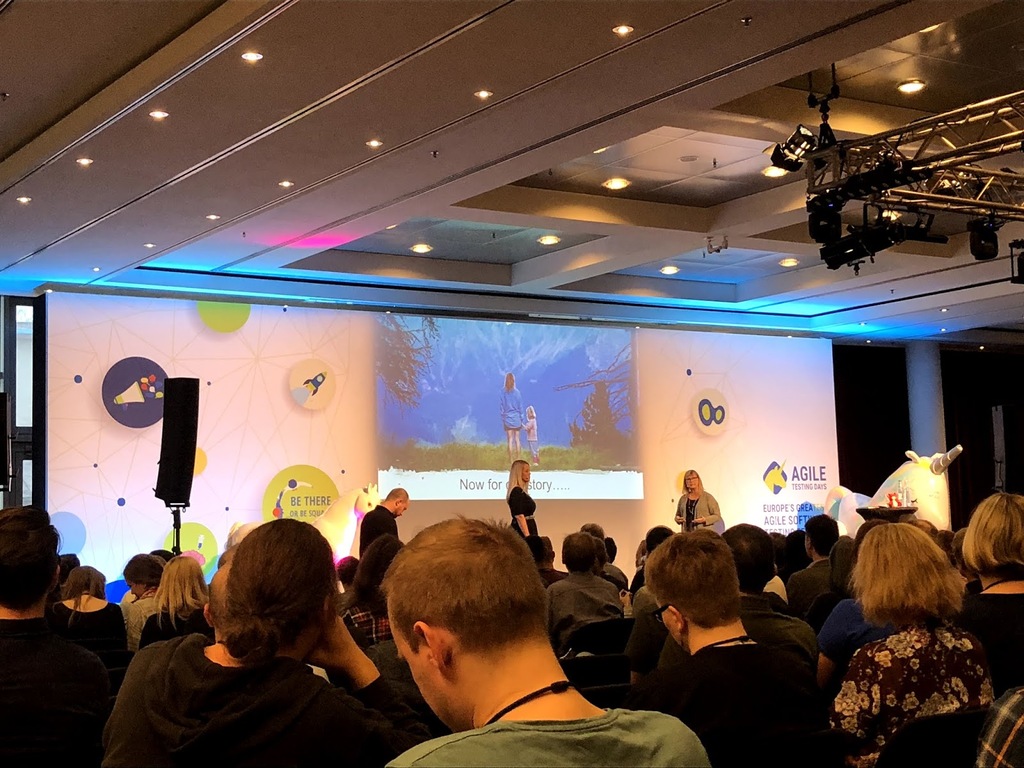 Elizabeth explained how honesty builds trust - including where that honesty involves admitting to someone that you don’t know or that you are unsure of your answer.

She shared her experience as an interviewer and how she pair tests with potential candidates. In this process she encourages them to express their thought process and explain their actions while they are testing an application. 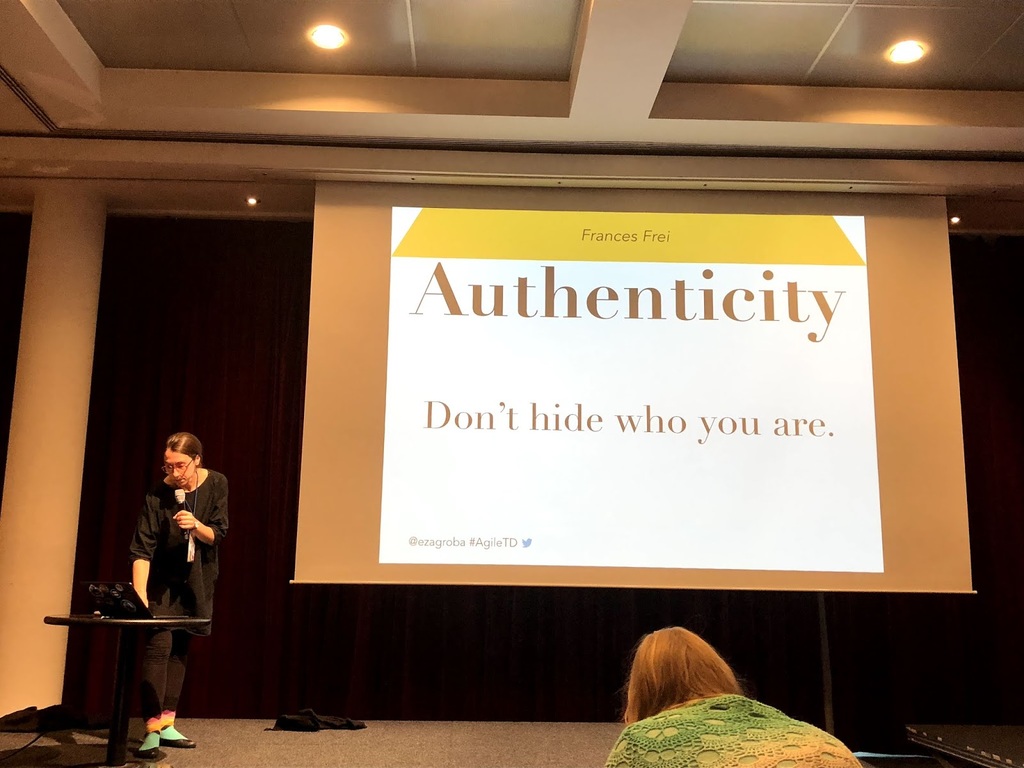 A fundamental cookbook for testing (with) hardware by Uros Stanisic

Some interesting insights Uros shared included how hard it is to test hardware since hardware is elusive (so how do you actually test hardware? Emulators! ) and the importance of testability - he focussed on two aspects: Controllability and Observability. 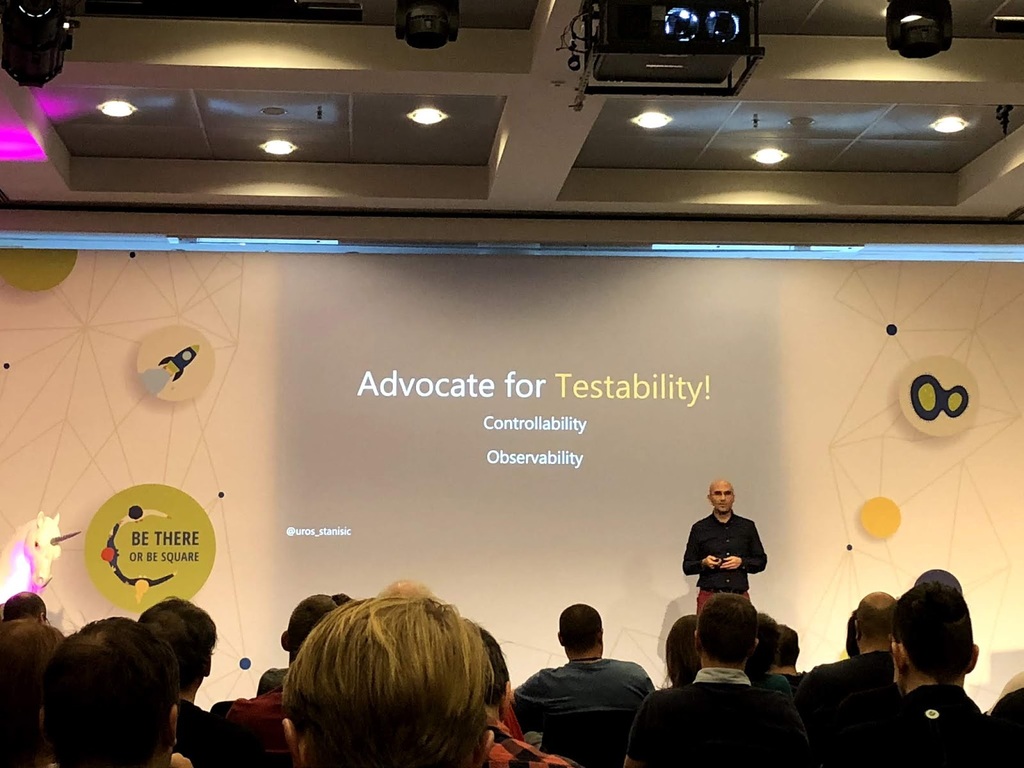 What really stood out to me about Anne-Marie’s talk was how she was really good at articulating the differences between testing and quality, and she did so in such a way that we could use it to help explain to people we work with, what the differences are.

She also added a new testability heuristic, which I like, Recoverability.

Anne-Marie also reminded us that we, as a team, don’t get credit for adding features, but need to find other ways of determining how our team’s work adds value. 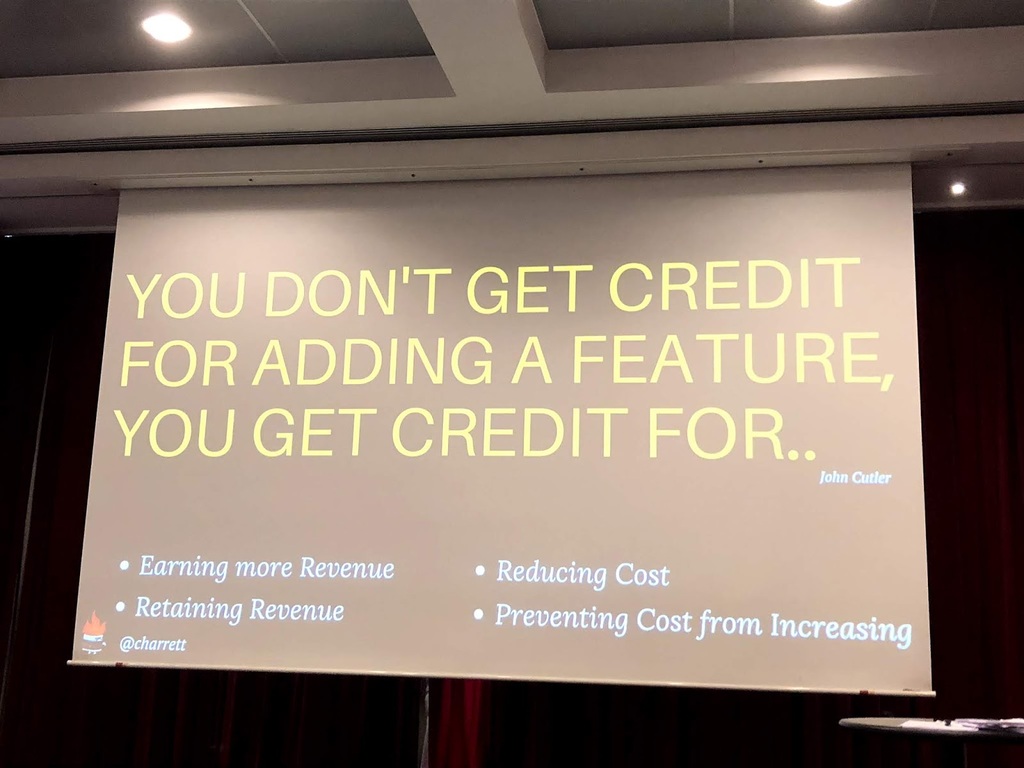 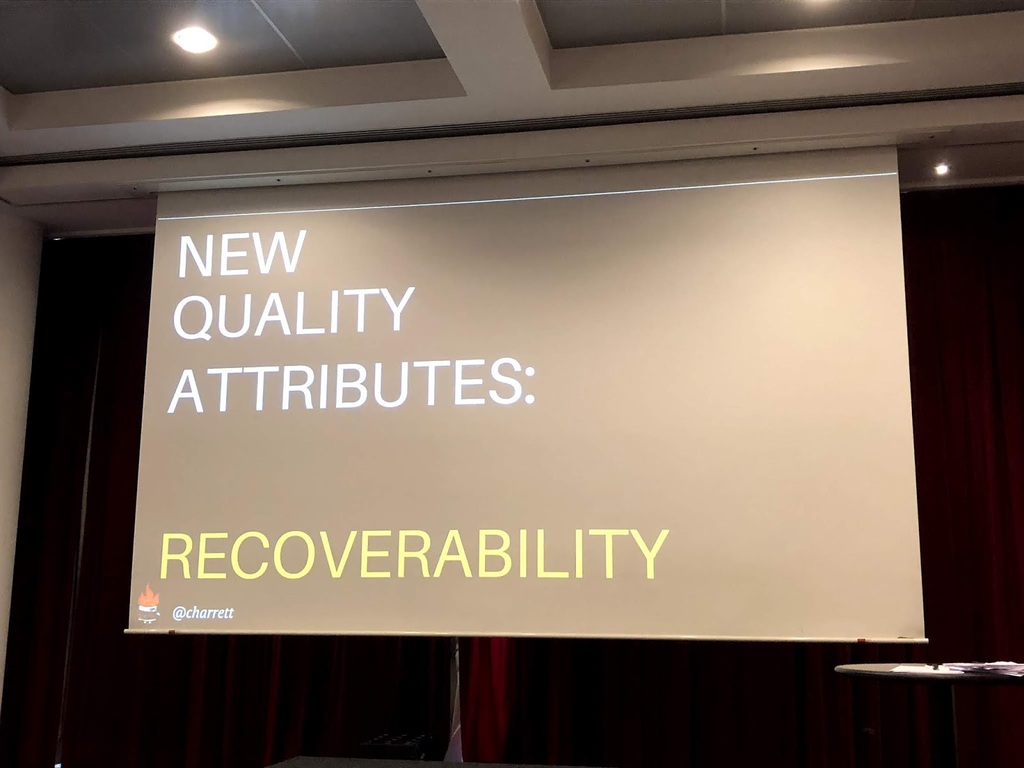 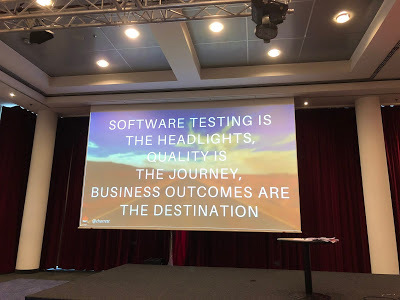 Alex and Huib shared their experiences where they overworked themselves and how they recognised the symptoms. Throughout the talk, they used the analogy of a hamster wheel to show you you can work really hard, but find yourself not getting anywhere. 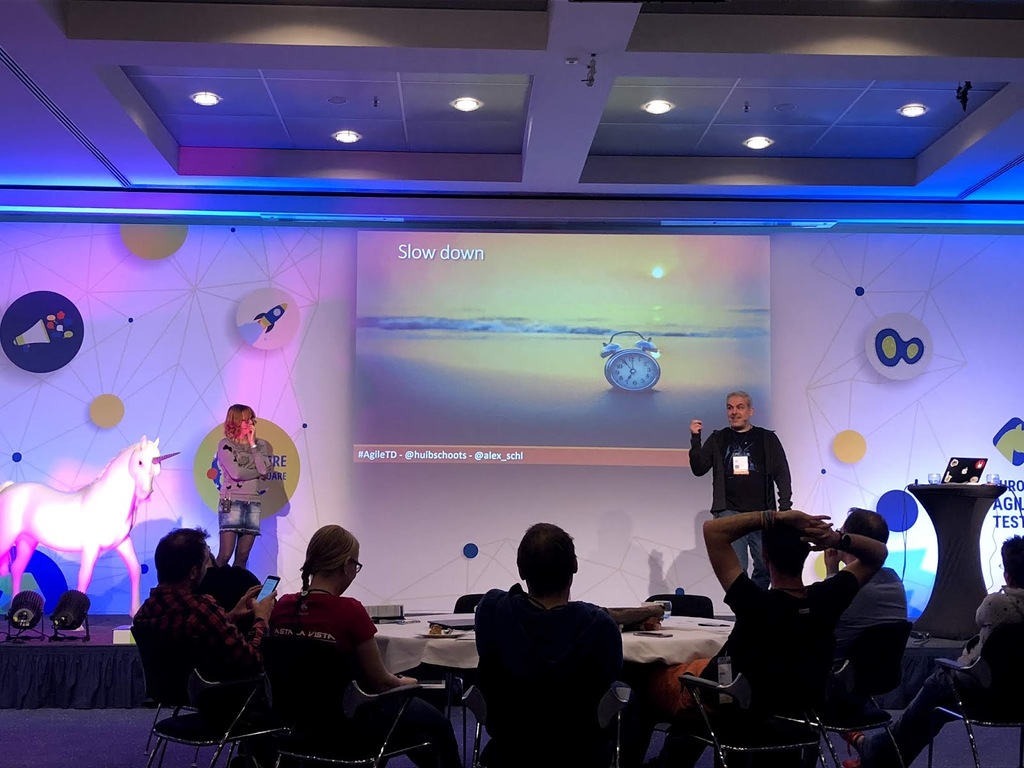 The conference’s obsession with passion for unicorns!

Here are some photos to show you what I mean. 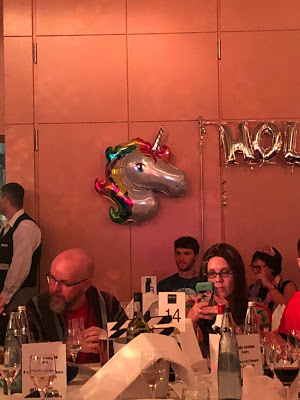 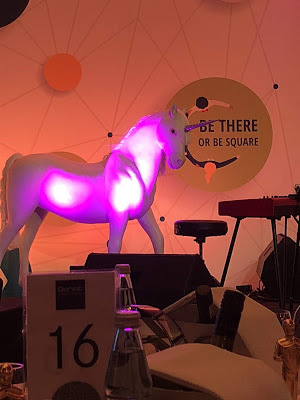 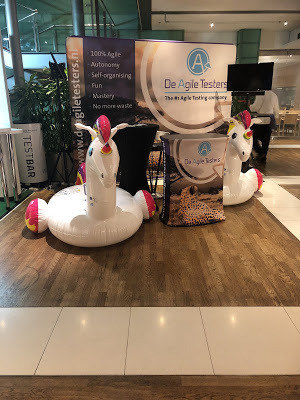 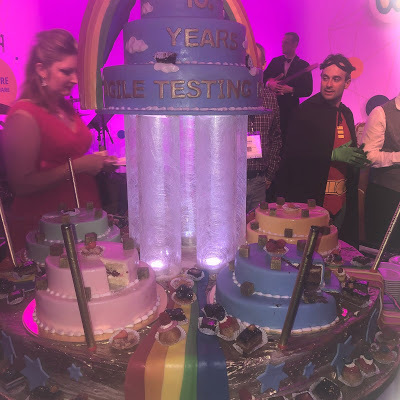 I’m yet to receive the feedback (Agile Testing Days feedback form) on how it went, so for now I can share how it went based on feedback I received after and how I felt.

There’s a part of my talk which seemed to really resonate with the attendees, and this is where a person with a “leadership job title”, whose support I had, suggested I introduced a possible change as a trial.

One person gave me a suggestion on what he did in his project (start small with the change, then roll out) and asked me if I had did the same thing on my project. I did, but forgot to mention it in my talk. (It’s funny how what you plan to say and what you actually say in front of an audience aren’t always the same thing).

I pinged Rob after my talk asking if he had time to give me feedback - so later that evening, I spoke to Rob Lambert and asked him what he thought I did well and what I could improve. He asked me what I thought I did well and what I thought I could improve - then we discussed this. He told me there was room for improvement in my structure and he gave me some ideas on how to move a few things around in my talk to make the overall structure of my talk clearer and for it to run more smoothly.

If I get the opportunity to present this talk at another conference, I hope to improve upon it by making sure I remember to mention rolling out the changes bit by bit (start small) and to make the overall structure of my talk clearer.

Here are my slides on slideshare.