Why You Should Ask For Feedback

I went to Toastmasters regularly for almost 8 years and one of my biggest key takeaways was the value of feedback.

After every speech, someone would give a short 2-3 verbal evaluation of the speech.

At the end of the evening, a general evaluator would give more feedback to everyone who had not given speeches (such as the evaluators).

It’s safe to say that after almost 8 years at Toastmasters, I got pretty used to receiving feedback.

Looking back, I appreciate being told about not only about what I did well in my speeches but also where I could improve, including:

One of my friends at Toastmasters reminded me that:

Feedback is a gift.

I appreciate receiving feedback, below I will tell you why.

Unfortunately, a lot of us don’t always get to receive timely feedback - we just get feedback once a year. But let’s be honest, how useful is it to get feedback weeks or even months after something occurred?

Not only that, but chances are we would have forgotten a lot of the things we could have given our colleagues feedback over (if we are having 360 reviews).

I don’t know about you, but I’m not keeping notes on my colleagues in a notebook, so I can give them lots of feedback come annual review time.

Asking For Feedback At Work

Since I’m aware that you need to be careful about giving unsolicited feedback at work, I make sure to ask my colleagues for feedback.

That way they have the green light to do so.

I did this when I was learning how to hold retrospectives.

I’ve also done this after I’ve worked with people for a few months, to get feedback on my testing overall.

I try not to frame it as “asking for feedback” but more: what do you think of this?

I ask for feedback at work because I’m aware that I’m not 100% self-aware.

While I like to think I’m fairly self-aware of my own strengths and weaknesses, and what I could do better at work - I also know that there are probably certain things I’m blind to.

Let’s go back to Toastmasters of helping you discover ones blind spots.

At the start of this post, I wrote some examples of how I had been told to improve my speeches (where they were lacking).

These two were ones I was completely unaware of (until someone pointed it out):

At Toastmasters we actually have an Ah Counter who counts all the filler words such as um, ah, like, etc) - this role exists to help bring awareness to the fact many people use filler words.

While this might not seem like a big deal to some, I think that overusing filler words can dilute the message and/or make someone seem not as sure of what they Are saying.

What about you? What have you learned about yourself as a result of asking for feedback? 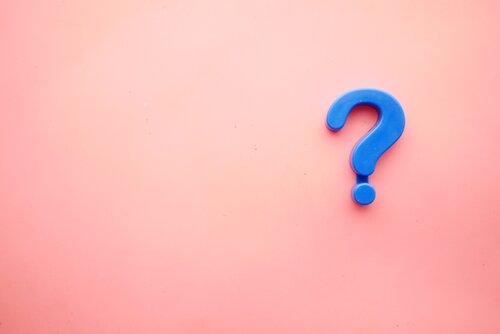