When I was in university, I signed up to a mentoring program. Back then, I actually had no interest in pursuing a career in IT, I was actually a lot more interested in a career in management consulting - so this piece of advice can apply to all disciplines, in my opinion. I spoke to the careers advisor at my university about what I was thinking of doing in the future and she suggested a guy called Dan to be my mentor. There’s one piece of advice that he gave me, that still sticks with me. What makes you so f***en special? Now, as someone who lives in Sweden - this seems to be in direct contrast to the first rule of Jantelagen (Law of Jante), “You’re not to think you are anything special” so let me try to explain how I have interpreted this piece of advice. It’s more a matter of forcing some self-reflection and realising what you have to offer, than it is about being special. When I was starting out my career, I was well-aware of the fact that it can be very hard to land your first role - it seemed that a lot of companies wanted someone with experience, which is hard to get if you don\’t have experience. But more importantly, I knew I was competing for roles where a lot of people were applying. I had to ask myself, what could I potentially offer a company, that another candidate couldn’t. It’s not like I had run an ultra marathon, or invented something awesome or started a company. In other words, I felt pretty f***en average. But then I took a step back and thought, what have I done/ or what can I do that maybe not EVERYONE has? I don’t have to think I’m the only person who can do or has done this thing, but maybe something that is somewhat unusual? (This is easier said than done because things that might seem normal to you, can actually be fairly uncommon.) The first thing that came to mind, that I started to highlight, was my exchange to the University of Freiburg While the idea of travelling and living in another country for a semester may seem appealing to many people, actually applying and going through with it is a whole another ballgame. I was also fortunate enough to had met someone at a debating tournament who walked me through step by step on how to apply for the Baden Württemberg Scholarship (which covered all my expenses while I was there) and gave me advice on how to apply for the Auckland Abroad scholarship (which covered over 50% of the airfares) But now let’s try tie this back to what I thought made me special; what can I offer a company? I can make stuff happen. (went on exchange) I try stuff. Or at least I tend to not let the fear of failure, stop me from even trying in the first place. (I applied for the exchange and the scholarship) Now let’s be honest, this trait isn’t the most exciting to have. I haven’t run an ultra marathon (10km is still my longest run) I haven’t invented something awesome (come to think of it I’ve probably invented some delicious recipes in the kitchen). And I haven’t started a company (but I seriously admire people who do!) Now looking forward, if I was ever given the opportunity to mentor someone at my university, I would probably give them the same piece of advice. What makes you so f***en special? I think it would be good for that person to take a step back and think about what they have to offer. 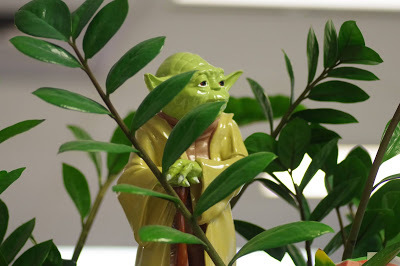